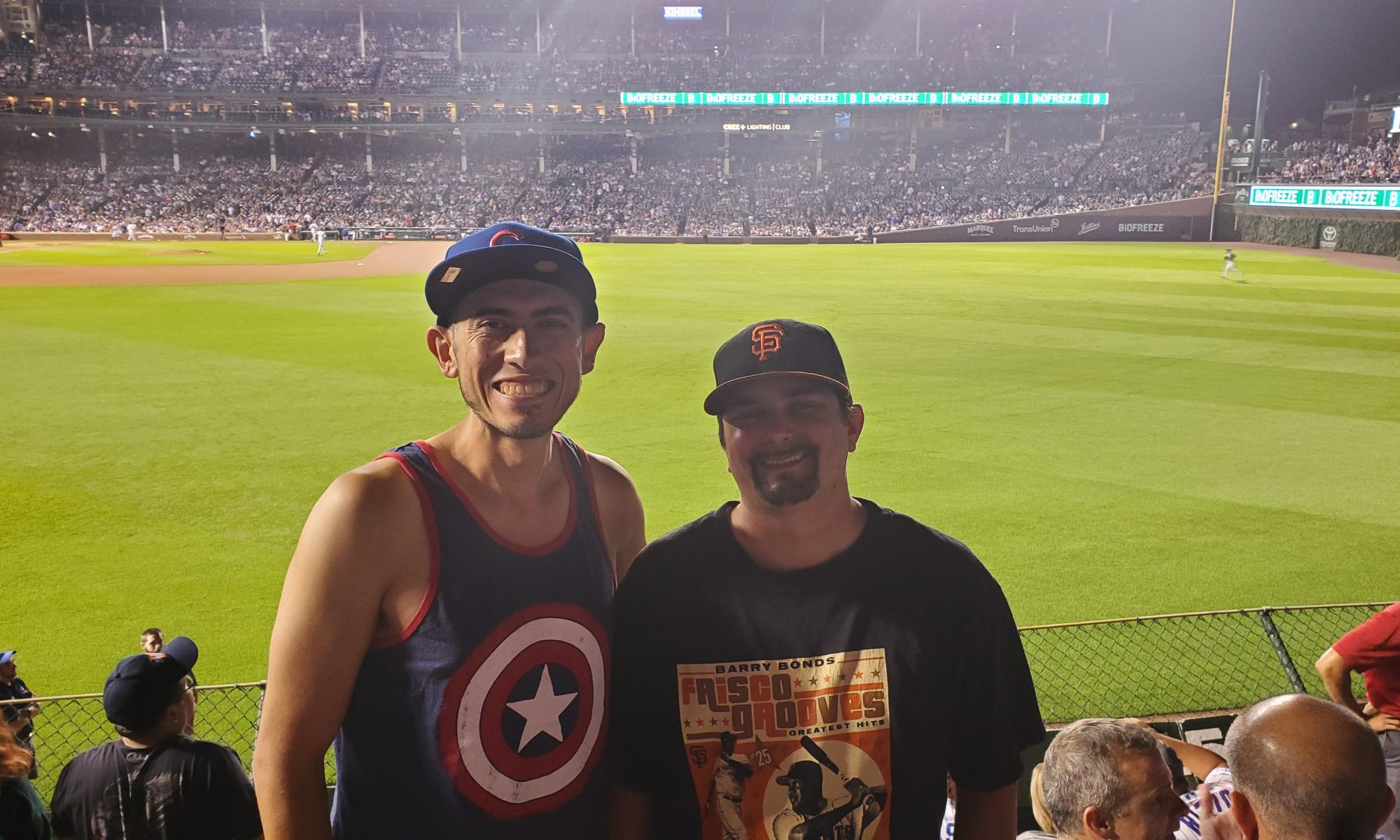 (Ed. Note – This is a special guest post by friend-of-the-blog Jordan Guinn. Get more of his acerbic humor on Twitter.)

Twice in the last three years I’ve been fortunate enough to take a week out of my summer to tour baseball parks across the country with Fernando. The trip involves a rental car, lots of energy drinks and many disagreements about whose playlist we should be listening to.

This time we visited Kansas City, Pittsburgh, Toronto, Chicago and Minneapolis. It’s a marathon of driving (the longest leg of the trip was Kansas City to Pittsburgh, a 13-hour drive that took even longer because I ran out of gas, more on that later).

But the trip isn’t just about baseball. It’s about visiting destination cities, trying the food, seeing the sites and solving the world’s problems during those long car rides.

Far and away, the best food of the trip was the barbecue in Kansas City. We hit up the famed Arthur Bryant’s, a legendary spot right near the Negro Leagues Hall of Fame in KC. I had the burnt ends with a potato casserole with a strawberry soda, and before I die I will have it again. I’d fly to Kansas City again for that meal alone.

Each ballpark has its charms. The Royals Stadium has cascading waterfalls and geyser-like water features, while PNC Park in Pittsburgh is right against the river and delivers some amazing views of the city’s skyline. We appeared on television briefly at Wrigley Field after Anthony Rizzo took Tyler Beede of the San Francisco Giants deep for the second time of the game. We also got to check out the once-gleaming Skydome in Toronto, the first retractable roof stadium in baseball–whose roof is now stuck in the “open” position.

The trip concluded with a brief lap around the Mall of America in Minneapolis, a monument of conspicuous consumption and impulse purchases.

As previously mentioned, I ran out of gas on the drive from Kansas City to Pittsburgh. Fortunately the engine died only about half a mile from a gas station, so we only lost around an hour walking to the service station.

Regarding the music, Fernando insisted on listening to Drake for pretty much the entire time he was driving in Toronto, which was…painful. At any rate, he was at the mercy of my playlist of hip-hop made between 1980 and 2003 anytime I had the wheel, so it evened out.

Fernando, ever the planner, is already making a list of the ballparks he wants to hit next year. I’ve already been to one of the parks he wants to visit, so I haven’t committed to going on next year’s excursion, but he’ll probably goad me into it.

I promise to keep an eye on the gas gauge next time around.