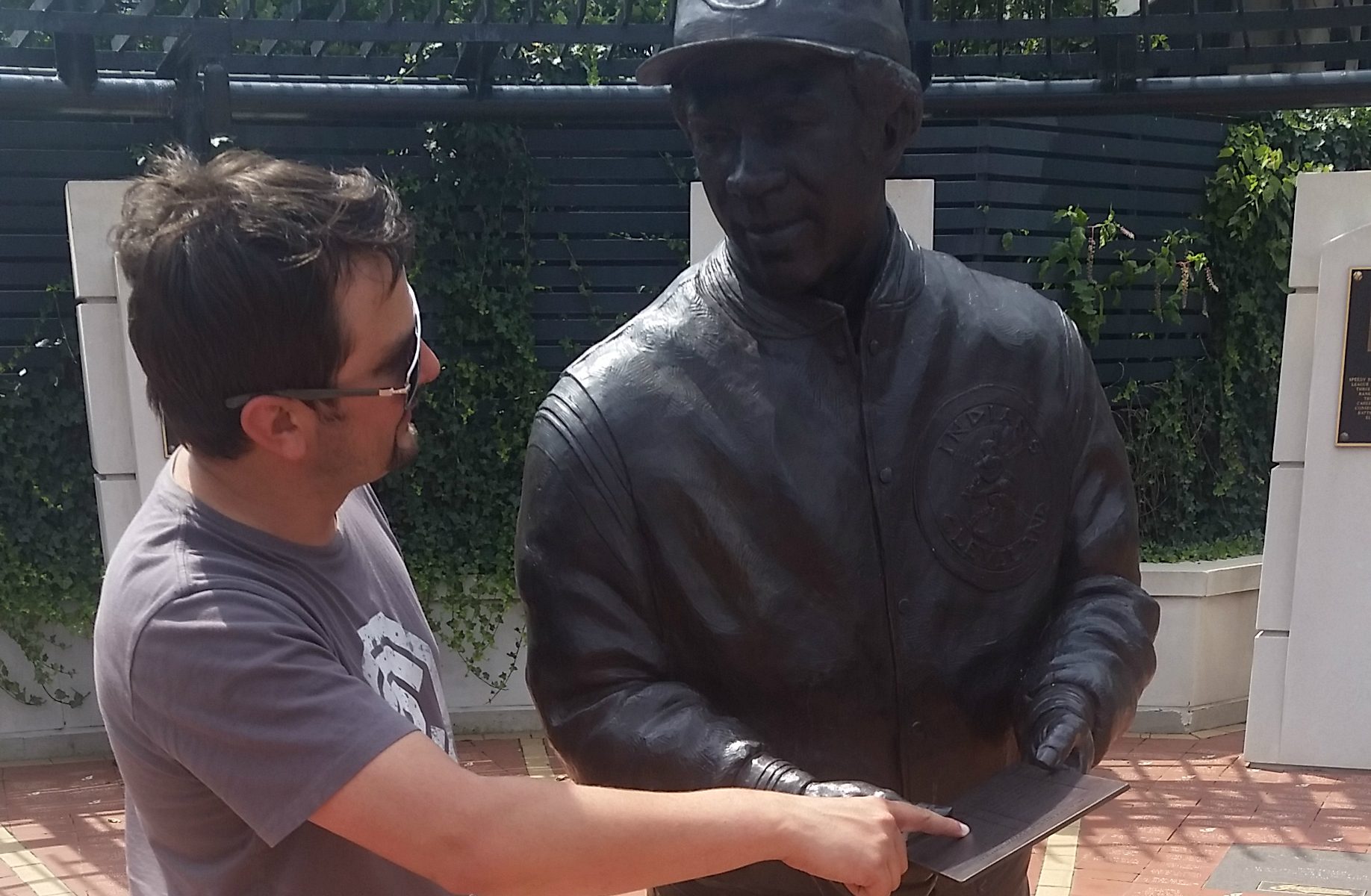 Apparently, I can’t sleep on airplanes, no matter how hard I try. I shut my eyes for about an hour before awakening to light streaming in through the airplane windows. And once the sun is up, my heart starts pumping a little faster and the adrenaline kicks in. Also, there were babies on the plane. Guess how a red-eye flight goes with babies? AWESOME.

I seriously tried every position imaginable (within the confines of my seat) to sleep. I put my shins up on the seat next to me and bunched up like a pretzel; I extended my legs below the seat in front of me; I turned to the left, to the right, and then to the left. All I got was a sore neck.

But one hour was enough! And we were off and running as soon as we hit the ground. Some quick thoughts after Day 1:

Progressive Field is a great ballpark

Baseball is all about history, and teams need to pay homage to their former heroes. The Indians do this EVERYWHERE. But mostly, there’s a “Heritage Park” with a bunch of plaques and references to famous Cleveland ballplayers. They also have a small Bob Feller Exhibit in the Club Terrace restaurant with lots of cool artifacts. 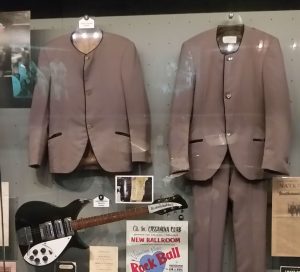 The Rock and Roll Hall of Fame is amazing

I love artifacts, BTW, and the Rock Hall had a ton of them. Like John Lennon’s round glasses and Johnny Cash’s guitar.  I spent about 3 hours there looking at everything. Which brings me to the next observation…

Like really, really small. You have probably heard that most famous people are tiny (Tom Cruise lives in a modest hamster maze), and rock stars are no exception. Mick Jagger’s clothes looked like they were from the women’s side of Express. Bruce Springsteen is a dwarf. I’m pretty sure Bruno Mars is roughly the size of a large toy poodle.

A CHP car blocked us from entering the freeway tonight because the New Orleans Saints were arriving in Cleveland for a preseason game tomorrow. Jordan bitched about using police to escort a professional football team. Such a Libertarian. Ron Swanson would be proud.

And now, in the words of the immortal Bill Belichick: We’re onto Cincinnati.

One Reply to “Moon over Parma”