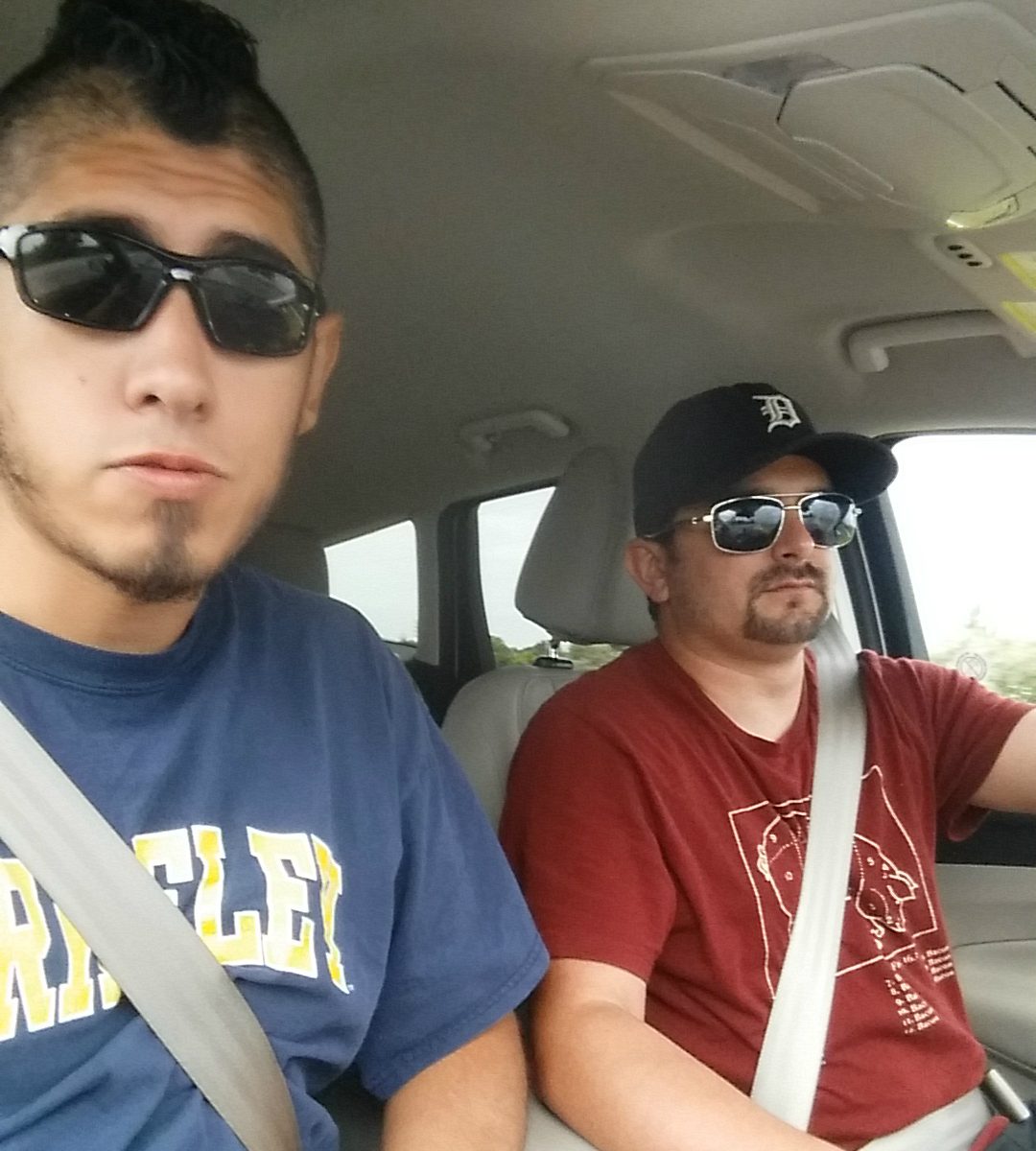 Every road trip brings memorable moments, memories that you take and treasure the rest of your days.

Except for this one.

I joke. I joke. I kid. I kid. These past five days have been a flurry of baseball games and deep conversations on open interstates. Alzheimer’s is going to have to work like hell to delete this from my hard drive.

* I watched Byron Buxton utterly rob Miguel Cabrera of an extra base hit in Detroit.

The Twins centerfielder—easily one of three fastest men in baseball—got a phenomenal jump and dove to his left to snare a tailing line drive. Buxton was completely parallel to the ground when he made the catch. We were less than 40 yards from the grab, and I made sounds like you used to hear on the old And One mixtapes.

* We experienced home runs at every stadium we visited. That doesn’t sound like a big deal, but I’m a San Francisco Giants fan, so home runs are a thing I’ve barely experienced this year. I love the Giants, but they are a flaming heap of garbage this year. (Ed. note – True)

Background: Selig allowed steroid usage to run rampant across professional baseball, but that’s not my beef with him. I detest that liverspotted bureaucrat because he looked the other way while players bulked up and team owners printed money, only to see him crucify some of the game’s biggest stars when the public became outraged about the pharmaceutical enhancements overtaking the game. You know that thing about having cake and eating it, too? This. Exact. Situation.

Anyway, the Bud Selig Experience is pure propaganda, a hagiography of a man whose legacy is far more complex than that wax job provided.

* Guaranteed Rate Field, home of the Chicago White Sox, offers arguably the best kids area in any of the 11 ballparks I’ve visited. There’s impromptu clinics on fielding and throwing, and a place where kids can sprint alongside a motorized cutout of former White Sox outfielder Scott Podsednik. (Note: Miller Park also has one of these sprinting alleys for children.)

Here’s where it gets mushy, so you should probably stop reading now. Fernando, thank you for inviting me to tag along on one of life’s great adventures. I spent too much, slept too little and ate gobs of junk food, and, damn, I want to do it all over again.