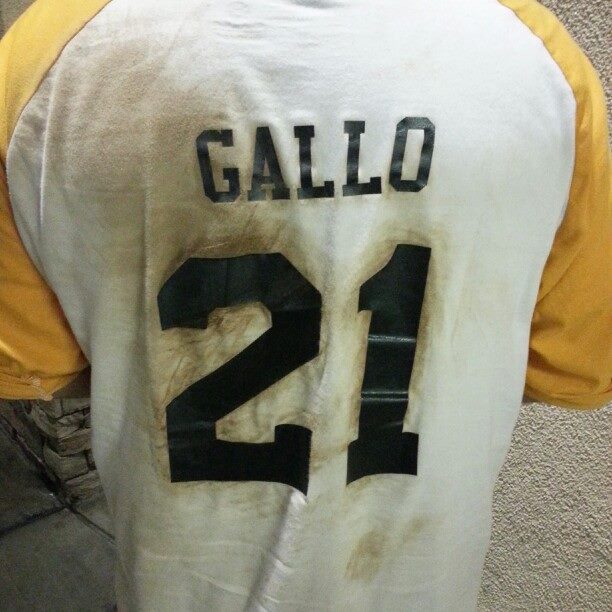 Note: My schools have split spring breaks, but I have enough free time to write a little. I am currently at the JACC Conference in Sacramento until Sunday morning.

For starters, managing is not the same as being a boss. Any jackass can give orders. Delegation is a skill, but It’s also a luxury. Deep down, most of us want to be in charge and believe we should be.

But managing people is a different animal. Handling a diverse group of individuals, like a baseball manager, and leading them to success is hard. Don’t let anyone ever tell you otherwise – not even me. Because if you had met me 10 years ago, I would have said being a manager is a piece of cake. Not anymore.

Let me tell you about when I believed being a baseball manager was easy. And how I was proved terribly, horribly wrong.

Baseball is dying, and it’s one of the saddest developments of my adult life. But as a kid, the sport was still part of the national imagination. I was a boy before the fateful baseball strike of 1994, which nearly killed the game. I went to my first A’s game 2 years before that strike, and was raised on a phenomenal kids movie called The Sandlot.

So as a boy in the Central Valley, I figured all little boys played baseball, and I would be a weirdo if I didn’t.

I played two unspectacular years of little league, with a terrible coach who helped kill my enjoyment of the game. That should have been my first clue about the challenges of managing: Not only was this guy in his 50s, with a salt-and-pepper beard, he was also one of the corporate superiors at my mom’s cannery job. And he couldn’t coach for shit.

He once physically grabbed me by the ear to yell at me after a misstep in the field. My mom was not happy about that, and she immediately complained to league officials. She’s a fighter. We’ll come back to that in a later post.

I quit baseball after that season, because I was no good and had no friends at school who played little league. If my coach had been good at his job, he might have inspired me and/or taught me how to work on my game. A great coach brings the best out of his players. He was not a great coach.

But that short-lived baseball stint left an unsatisfied itch deep inside me. I think part of it was arrogance: baseball is just a ball and a stick, how hard could it be?

I had some friends who played in adult “Mexican leagues,” which were uber-competitive and featured talented former high school players. Watching their games, it was clear to me that I couldn’t hit the balls they threw; these guys had athletic gifts. But it sure seemed fun.

When the chance came to play coed recreational league softball with my graduate school classmates at Berkeley, I jumped at the chance. In a league full of chill Berkeley college students, we were fairly competitive my first year. Most of all, we had a lot of fun, and we developed friendships that carried over into class. We were named “The Muckrakers” (Berkeley J-School tradition), and it remains one of my most cherished memories. I have the team shirt framed in my “man cave” (AKA Max’s room).

I know softball doesn’t compare to baseball, but it helped scratch that baseball itch inside me. The entire experience was fairly positive; the Berkeley J-School was full of returning adult students (mostly over age 28), so the team had very little drama. No arguing over positions, or playtime, or batting order; some minor grumbling, but nothing major.

When I returned to Lodi after grad school, some friends expressed interest in starting a softball team. With my Berkeley J-School experience in my mind, I again jumped at the chance to play ball.

And that’s where the trouble began.

For starters, most of my friends had never played organized baseball or softball; some of our girls had never swung a bat before. And as busy adults, it was extremely hard to get people to come to practice.

I know what you’re thinking – practice?! You probably want to start a rant like Allen Iverson. “Not a game… we talkin’ ‘bout practice?!”

Yeah, man. We desperately needed it. In our first game, I couldn’t throw a strike to the first 3 batters.

(Did I mention I was the pitcher? I never threw a single pitch at Berkeley. But nobody else knew how to pitch and they all refused to learn, so I had the privilege).

In that first half inning, almost everyone committed an error, several poor throws were made, and our opponents scored multiple runs. It might have lasted 20 minutes, but it felt like forever. And once it was over, I threw my glove across the dugout and exhaustedly plopped down on the bench – for a good 4 minutes. That’s how long it took for our batters to get 3 outs, and I was right back on the mound – I was still out of breath.

That game was so embarrassing, a friend-of-a-friend (“Jamie”), played that game with us, and then never showed her face again. She dropped out of the group chat and stopped returning texts. I didn’t see her again until last year, at a vet appointment – she was the veterinarian who neutered Max. Aca-awkward.

So I had to get the team to practice, which was my first trial. Most of my friends were in their early 20s, when people have plenty of opinions and very little sense/patience. You know how you go out to dinner with your friends, and then you can’t decide what to do afterward, so you guys sit there batting around bad ideas forever, and ultimately you settle on something agreeable for everyone, which is fine but not ideal? It was like that, constantly.

As the “manager” (i.e. the guy who turned in the forms and collected the fee), every decision I made became a point of discussion. Who bats where in the batting order? Who plays what position? Who is going to sit during what inning? I once made a color-coded spreadsheet that listed every inning and who would play what position. I got roasted for it by my teammates, but it helped me waste a lot of time at my office job…

Ultimately, what did I learn? As I expected, the “strategy” part of baseball/softball managing was fairly easy. But the part about managing personalities and playing time on the team? Extremely difficult. One of the hardest things I have ever done. No joke.

Every decision I made was second-guessed, and somebody always seemed to be unhappy with me. The trick was to make the fewest people unhappy, and to have a justification for every decision I made. Which meant I had to think about every move (and the possible ramifications) before making it. What a pain in the ass.

Most game nights, I was stressed about having enough female players show up to start an official game. But after a few seasons of mayhem, we actually qualified for a championship game. Few things have ever made me as nervous. I barely slept the night before.

In that game, we took a big lead early that we gave up late, and went into extra innings. We scored one run in the top of the inning, which meant we needed to play defense to secure a victory. A 20-minute inning couldn’t happen. It was time for our practice to pay off.

So how many errors did we commit? None. It was the cleanest inning we had all night. A high fly ball to our left fielder (my pal Paco) was the final out: he caught it cleanly. With two hands, even.

I was in disbelief, but ecstatic. I remember my friend Lindsay laughing about the shock on my face. My teammates screamed. I raised my arms in victory. We had done it. We had won a championship. My teammates dumped their water bottles on me, and I beamed. It felt freakin’ great.

We might have only won a t-shirt, which was neon green and doesn’t even fit me anymore, but it remains one of my most prized possessions. It’s a symbol of hard lessons learned about managing people and achieving success with a diverse group of talent. It’s a symbol of good times with my friends, that reminds me of the lights on the softball diamond on a warm night. And it’s a symbol of achievement: which is so much sweeter because of the struggle it required.

And that’s why the shirt is also hanging on my wall, right next to the Muckrakers one.

Believe it or not, I draw on that softball managing experience all the time. I was reminded of that this weekend, as I accompany my journalism students to the JACC State Conference in Sacramento. I manage a newsroom full of young journalists now, and it brings me new challenges every day.

But in the end, the greatest challenge is still managing people. And thanks to softball, I have a pretty good handle on that.