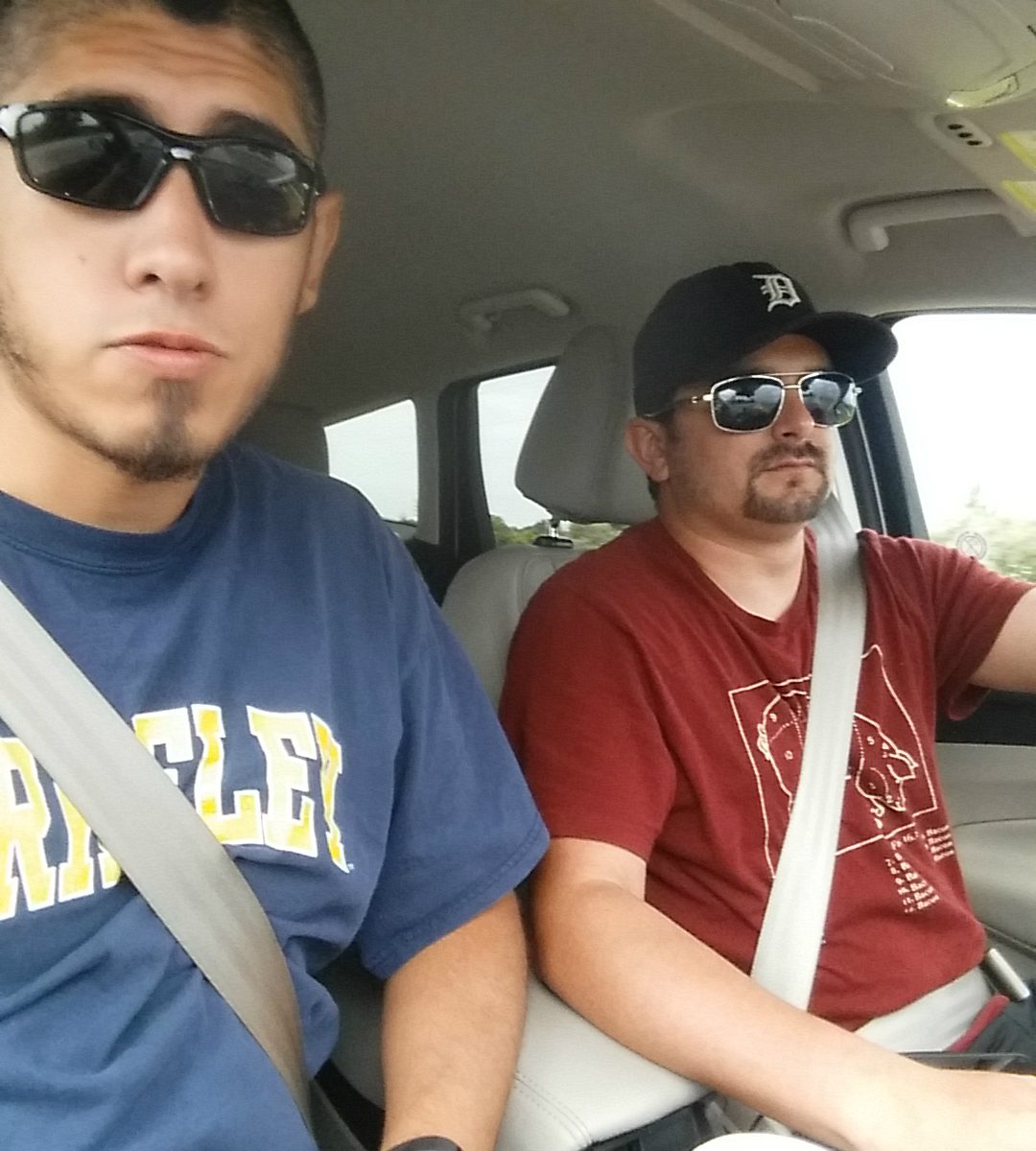 Fernando has been riding my ass to produce some content (Picture J. Jonah Jameson minus the cigar) so let me recap the trip thus far:

-We’ve spent close to 24 hours total in a vehicle with one another and have yet to say anything we can’t take back. I’m as stunned as you are.

-Neither one of us likes the way the other drives. Fernando feels I drive too slow, but that’s only because he’s an impatient maniac behind the wheel. However, Fernando does stick his right arm over my chest whenever he comes to an abrupt stop, which I find endearing.

-Cincinnati has the amazingly badass “Redzilla”, a Gatling gun on wheels that shoots clusters of baseballs into the stands. The best part about “Redzilla” is that the balls it fires wind up in the upper deck, rarely do you see promotions reaching that part of the stadium. It’s nice to see the plebs rewarded.

-Cleveland does the best job of showcasing its history. The stadium pays homage to players and teams of the past with murals and plaques and statues. They’re not the only team that does this, of course, but they are the best at it among the stadiums we’ve seen. Detroit comes in second. For all its self-aggrandizing I would’ve figured the St. Louis Cardinals franchise would do more to celebrate their storied history. Aside from banners celebrating their World Series, the stadium seems to leave mentions of its past accomplishments to a separate museum.

-I received a speeding ticket less than 10 minutes after taking the wheel for the first time of our road trip. The officer was nice—not so nice that he didn’t give me a ticket though. Fernando was also pulled over, but was left off with a warning. For those keeping score at home, that means the Mexican out white-privileged me.

-I finally made it. After a lifetime of pining to visit Detroit, we arrived at the Motor City Friday night. The place is everything I had built it up to be in my mind. Robocop wasn’t there, but otherwise it was exactly as I hoped it would be. The skyline is stunning, the people are chill and the stadium is charming. 12/10 would go back.

-We’re off to Chicago. I’ve been once before for a wedding but hardly spent any time in the city. I’m eager to hit the road and get there as soon as possible. It’s about a four-hour drive from where we are in Michigan. That means Fernando may take the wheel at some point….pray for me.

One Reply to “A Mandatory Recap (Jordan Guest Blog No. 1)”